The 1st of November celebrates World Vegan Day, and as global leaders meet in Glasgow to discuss the climate crisis there’s no better time to champion the benefits of veganism. Not just for the environment and our animal counterparts, but for our own health and wellbeing too.

Crikey Freedom, that’s quite the opening!

We won’t make any apologies for sounding so serious, we’re just really passionate about taking care of our environment and think World Vegan Day is especially important this year. We brew vegan and organic lagers with a conscience, free from animal products, 100% vegan and eco-friendly.

We’re not brewing our beers this way to follow the crowd (we’ve been in the brewing game for 25 years don’t you know), we always have. And we always will. Because it’s our mission to brew beer, better.

We’ve had World Vegan Day marked in the calendar for a while now, and love the opportunity to share the message of World Vegan Day with all our followers; as adopting a more plant based lifestyle can have benefits both globally and locally.

And you can drink all the vegan beers you want too!

We’d like to celebrate this day by sharing some of our favourite vegan restaurants, brands and recipes and hope you’ll go plant-based for the 1st of November too.

We’re also running a competition for World Vegan Day where you can win a dinner for 2 and an overnight stay at new vegan London restaurant Manna in Primrose Hill. If you’d like more information about the competition head over to our Freedom Facebook page.

Below we’ve listed a few of our favourite vegan activities but before we dive into the recommendations we’ll have a quick Word Vegan Day history lesson.

World Vegan Day was established in 1994 by Louise Wallis. At the time she was the chair of The Vegan Society in the UK. She proposed the first World Vegan Day should coincide with the 50th anniversary of the founding of the organisation and the coining of the word “vegan”.

The exact date of the societies foundation isn’t known but they knew it was in November so Louise chose the 1st of November as it coincided with Samhain, Halloween and the Day of the Dead, all traditional times for feasting in different cultures.

The day, which also coincides with World Vegetarian Month (all of October) champions the benefits of veganism for humans and the natural environment is celebrated through talks, meetups and events.

Where does Freedom recommend you visit on World Vegan Day? 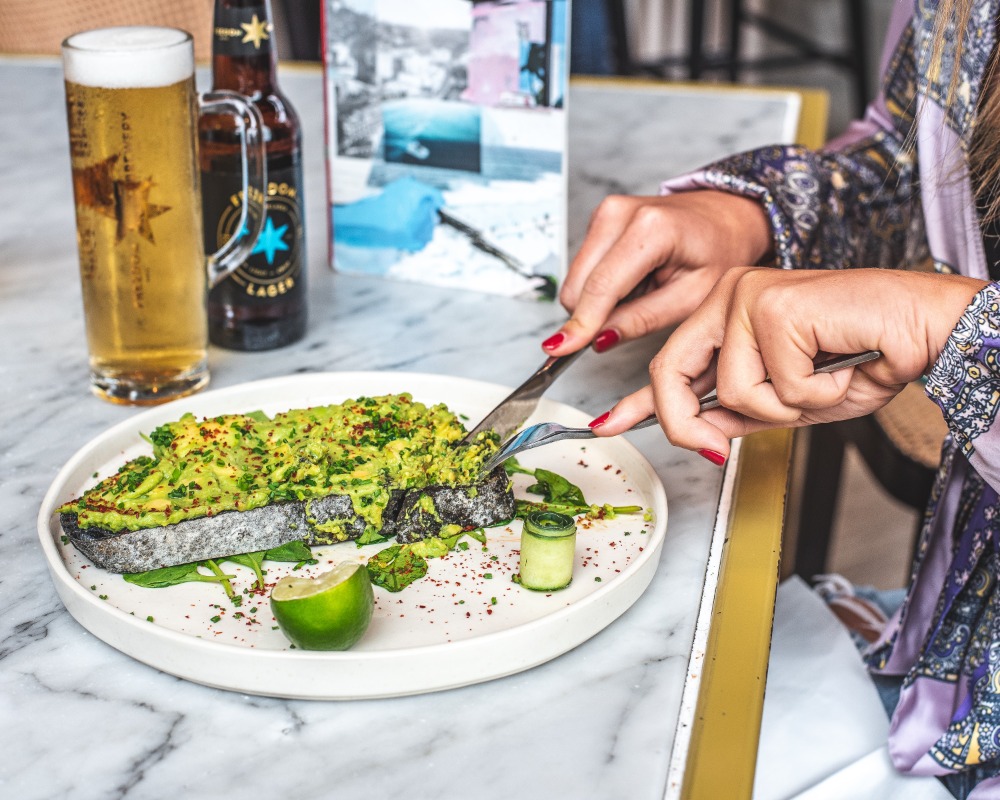 Heading to a plant based restaurant on World Vegan Day is a great way to support a small business, reduce your carbon footprint and maybe introduce a few friends to the joys of veganism. If you can do all that whilst enjoying a Freedom beer you’ll be laughing.

Manna is one of London’s leading vegan, plant and organic-based restaurants that’s recently opened in Primrose Hill in London. Manna’s entire menu is plant based and that includes the drinks (errr, hello Freedom pilsner). They also have an onsite vegan deli for those that want lunch on the go or to pick up specialist ingredients for dinner.

We’re currently running a competition to win a dinner and drinks for 2 at Manna. Head over to our Facebook page for more details.

VGN Boulevard has one simple mission, to bring great vegan food to the midland. The first fully vegan eatery in the Black country VGN Boulevard serves vegan junk food with attitude. Oh, and it serves Freedom beers to help wash those burgers and loaded fries down with too.

Don’t fancy heading out for a meal? Whip up a plant-based feast at home

Not in the mood to head out for a meal? You can bring the plant-based food fun into your own kitchen with these great and easy vegan meals we’ve listed below. Also, cooking at home means you can get in a big crate of Freedom Helles to enjoy whilst you’re making a delicious mess in the kitchen. 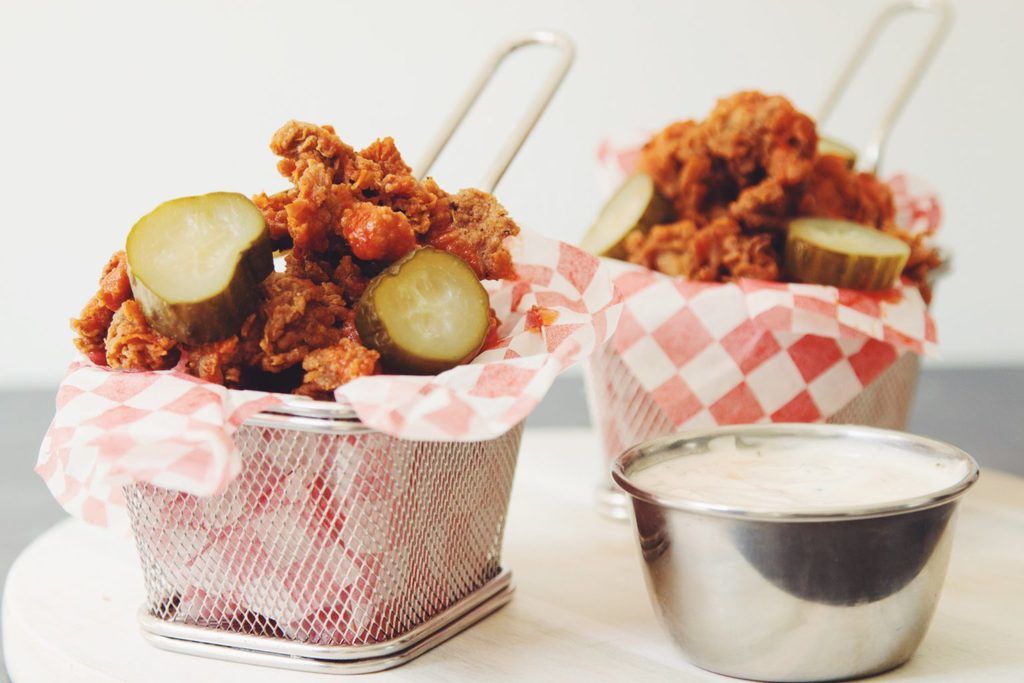 Buffalo wings are a fast food staple. Whether you’re getting in from a night out after one too many organic beers, or looking for a quick lunch on the go, few things satisfy a fast food craving like wings.

Oyster Mushroom Wings are the number 1 vegan alternative to the classic chicken wing (cauliflower wings come in a close second) and can be made easily at home for a night in watching the game or entertaining friends.

P.S They go perfectly with a Freedom Pilsner.

Soondubu is a traditional Korean Tofu Stew. It normally contains pork and shrimp paste as well as silken tofu but you can easily omit these ingredients to make a warming vegan dish. The hearty, brothy, Asian flavours go well with a Freedom pale too.

Quickly becoming a staple meal for any vegan chef, Cauliflower Steaks are the perfect hearty, meaty (not literally) comfort food. With a few simple spices you can transform a head of cauliflower into an amazing meal. If you need a beer to accompany your steak Freedom lagers pair well with roasted and grilled foods.

Food not your thing? Support some vegan brands

Some people like to spend World Vegan Day focusing on their retail habits as opposed to the food they eat. Veganism extends beyond food after all and many people chose to spend their day looking for plant based, ethically made clothes and home products. We’ve listed a few amazing vegan brands below you can check out next time you’re on a shopping spree.

Viva La Vegan sells eco ethical vegan clothing and accessories at high-street prices. Whether you’re shopping for a bag, t-shirt, dress or sportswear Viva La Vegan lets you purchase an item that you know has been produced ethically with love and care.

Run by lifelong cheese lover Ellie Kinda Co. is the result of her many hours in the kitchen trying to recreate that familiar tang of cheese after adopting a fully plant-based diet. Fast forward 4 years and those kitchen experiments have now grown into a commercial kitchen in North Somerset and Ellie stocks vegan cheese in a lot of independent stores in the South of England.

Don’t let the name fool you, Vegetarian Shoes is 100% vegan. Started way back in the 90s by one man called Robin. Demand for Vegetarian Shoes grew quickly and his online store is now the best place to go if you want made-to-order shoes free of leather and other animal products.

Built on the simple guiding principle of “be nice”, Punks and Chancers produces ethically made t-shirts and sweaters that are nice to look at and are nice to the planet. Organic cotton, ethically traded and made in factories which treat their employees nicely. What more could you want?

The cosmetics industry and animal rights groups don’t exactly go hand-in-hand. But Beauty Without Cruelty is looking to change that status quo. They created ethically tested and produced beauty products for women of all ages. 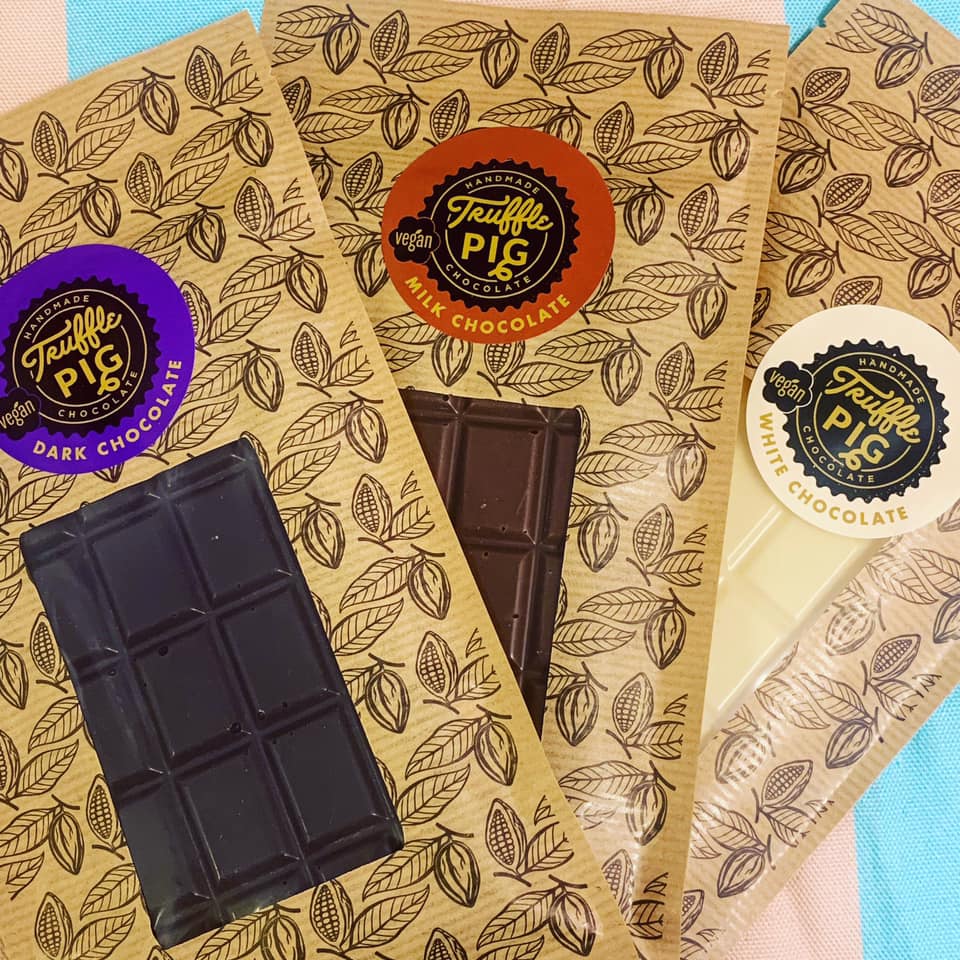 We couldn’t do a list of brands without mentioning at least one chocolate company. Trufflepig started life in 2016 when founder Lily Gaskall started making vegan truffles as Christmas presents for friends and family. Since then the company has grew and grew and can now deliver amazing chocolate truffles across the UK from their base of operations in Sheffield.

What are you doing this World Vegan Day?

Whatever you decide to do this World Vegan Day make sure you enjoy it with friends, and, ideally, while drinking some vegan beers from Freedom Brewery. We stock vegan lagers, helles, pilsners and pales in our shop and if you want to guarantee you never run out of vegan beer you can sign up to our vegan beer subscription.

Freedom Brewery are dedicated to brewing great beer. We believe that vegan beer is better for individuals, society and the planet. Better ingredients, better for you, better for the environment.